Believe it or not, fallout litigation from the mortgage crisis is alive and well more than a decade on

Believe it or not, fallout litigation from the mortgage crisis is alive and well
more than a decade on.

Lehman Brothers declared bankruptcy more than 12 years ago, marking what most saw as the onset of the financial crisis—though Foster Graham lawyers led by Dan Calisher and Mike Rollin were already litigating the sale and securitization of defective mortgage loans years before. And we still are.

While all but our teenagers remember the financial crisis—imprudent lending to borrowers with weak credit and securitization of the mortgage loans into esoteric investment vehicles with opaque risk allocations—what many folks outside of the mortgage industry haven’t realized is that the financial institutions across the industry are still fighting over who’s left holding the bag.

The first wave of litigation involved what is called “repurchase” or “put back” claims. Basically, when financial institutions such as investment banks purchased mortgage loans from retail lenders, they also acquired the right to force the lender to buy back loans that violated the lender’s representations and warranties about the loans, the collateral properties, and the borrowers themselves, such as with respect to their creditworthiness. FGMC was among the very first law firms engaged to enforce these repurchase obligations.

The investment banks rarely held onto the loans themselves. Instead, their business model was to sell the loans further “upstream” to Fannie Mae and Freddie Mac or securitize the loans in what are known as residential mortgage-backed securities or “RMBS.” Investors across the spectrum—from pension funds to hedge funds—invested in RMBS, which entitled them to a piece of the cash flow from mortgage payments and a rate of interest, known as a “coupon,” on their investment. The securitizing investment banks appointed trustees to oversee the RMBS.

The second round of litigation involved these “upstream” sales. RMBS investors either convinced the trustees to pursue claims against the investment banks who created the RMBS or they sued the trustees for not suing the banks. Many of these cases are on-going to this day.

Several banks and trustees who wanted to avoid protracted litigation entered into multi-billion dollar global settlement agreements. Under these agreements, the banks would settle most or all of their financial crisis-related liability directly with the trustees because the trustees controlled any claims held by the RMBS and therefore the investors themselves. After receiving court-approval, any claims against the banks were then released, resolving the banks’ so-called “legacy” liability.

Two settlements of note are those reached by the Lehman Brothers bankruptcy estate and JP Morgan Chase.

In Lehman, trustees filed over $50 billion in claims against the Lehman bankruptcy estate. Lehman hired Mike Rollin (who, together with Dan Calisher, Katie Roush, Michael Gates, and other members of our team, had already been representing Lehman in mortgage litigation for several years pre-bankruptcy) as lead defense counsel. After whittling down most of the claims, Lehman and RMBS trustees finally agreed to resolve the last $11.4 billion in claims through a bankruptcy estimation trial in which Lehman valued the claims at no more than $2.4 billion. After a nine-week trial in late 2017 and early 2018, Lehman prevailed, and the claim was set at Lehman’s proposed valuation of $2.4 billion. The New York Post reporting Lehman’s win as “a whopping defeat” of the trustees’ claims.

With respect to JP Morgan Chase, all of the major RMBS trustees and Chase agreed to a $4.5 billion dollar settlement that released all of Chase’s origination and servicing liability for hundreds of RMBS. It was important for both the trustees and the bank to receive court approval of the settlement in an effort to bind investors to the deal and to prevent litigation against the trustees for failing to obtain enough settlement value. The court approved the settlement.

Both of these cases, along with other, similar upstream litigation and settlements, have given rise to yet another round of claims. This time, the investment banks who paid out to trustees and RMBS investors are pursuing indemnification against the lenders who originated, brokered, and/or sold the loans in the first place—all the way back in the early 2000s.

This litigation is on fire, and Foster Graham is playing a central role. In our most recent case, Chase sued the bankruptcy estate of Home Loan Center, Inc. in San Jose for $3.1 million. The Chapter 7 trustee hired Foster Graham as special counsel to evaluate and defend the Chase claim. Applying our expertise in financial crisis litigation, we were able to help the Chapter 7 trustee negotiate a settlement for just 15% of the claimed amount, with no need to file any claim objections or conduct any formal discovery.

Participants in the pre-financial crisis mortgage industry and their successors should expect claims like those from Lehman and Chase to continue for years to come. These indemnification claims have lengthy statutes of limitation that only began to run when the banks’ liability to upstream purchasers and securitization investors was resolved. But who is left holding the bag depends on many factors, not least of which is the experience of counsel. 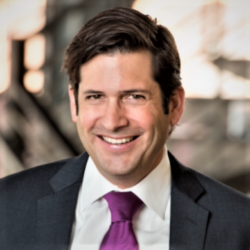