As I was preparing my article for this quarter’s FGMC newsletter, I was looking forward to updating all of you about the new and exciting modernization of our law firm’s land use and real estate practice (more on this news in the coming weeks). Unfortunately, as if on cue, we in Colorado suffered yet another mass murder and shooting spree up in Boulder, the home of my beloved CU Buffs. 10 innocent lives were taken, including the life of a brave police officer who rushed in to help stop the violence. This occurred just hours before the CU Buffs tipped off in their March Madness game, which seemed far less important considering the timing and the events that had recently occurred. The Buffaloes captain, during the post-game press conference, spoke about the heinous act and how the entire team couldn’t shake the recency and severity of the situation. Just as we are starting to spring from our year of nothing normal to something resembling normal, and excitement is in the air, we are reminded of one of the many “normal” events of our pre-COVID world, senseless acts of violence. If COVID was a pandemic, surely senseless acts of violence are an epidemic, something worthy of curtailing.

In the summer of 1990, fresh from graduating from Boulder, I made my way to Washington DC to change the world. I was a legislative assistant working for the Religious Action Center for Reform Judaism. I was working with 6 other “LAs” who also arrived in DC to change the world. I was immediately thrown into some of the most important issues of the day. Of the many issues I worked on, nothing was more meaningful to me than working on The Brady Bill. Working tirelessly on this legislation from day 1, I was able to witness its introduction onto the floor of the US House of Representatives in March of 1991. Over the many months of working on the legislation, I did have several occasions to meet Jim Brady and work with his amazing wife, Sarah.

The following was written by President Ronald Reagan in an editorial in The New York Times on March 29, 1991, two days before introduction of The Brady Bill:

“Every year, an average of 9,200 Americans are murdered by handguns, according to Department of Justice statistics. This does not include suicides or the tens of thousands of robberies, rapes and assaults committed with handguns. This level of violence must be stopped. Sarah and Jim Brady are working hard to do that, and I say more power to them. If the passage of the Brady bill were to result in a reduction of only 10 or 15 percent of those numbers (and it could be a good deal greater), it would be well worth making it the law of the land.”

I don’t want anyone to believe that I know how to combat these acts of terror nor do I believe that gun control is a “silver bullet” to solving this epidemic. But, re-examining our assumptions about everything we do should be worthy of this moment in time. As expected, within minutes of this crime, there were simultaneous calls for gun control by some and reinforcement of our 2nd amendment rights by others; predictable political “lines in the sand” were drawn just as we ought to be putting our collective heads together and solving this calamity.

The Jewish holiday of Passover (Pesach) just completed a week ago. It is our annual reminder of the 400 years that Jews were slaves in the land of Egypt and ultimately freed from bondage. It is not lost on me the timing of Passover this year and the COVID chains that are breaking, giving us all a new sense of freedom and renewed optimism. It is my hope that the lessons we will learn about this pandemic are truly understood and that our children and grandchildren will be able to speak many generation hence about the many lessons learned and how our civilized society was able to evolve. May this be true of the COVID pandemic as it is true of this gun violence epidemic. 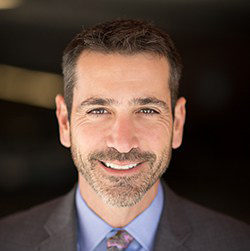