For the first time since 2008, the Equal Employment Opportunity Commission (“EEOC”) revised its Compliance Manual on Religious Discrimination. The revisions were guided by opinions issued by the U.S. Supreme Court such as Burwell v. Hobby Lobby Stores, Inc., 573 U.S. 682 (2014), Masterpiece Cakeshop, Ltd. v. Colo. Civil Rights Comm’n, 138 S.Ct. 1719 (2018), and Our Lady of Guadalupe Sch. v. Morrissey-Berru, 140 S.Ct. 679 (2019). The EEOC is of the opinion that these and several other cases have changed protections for employees against religious discrimination in the workplace and enhanced protections for religious employers under Title VII of the Civil Rights Act.

The proposed manual is open for public comment until December 17, 2020. The revisions to the manual include “important updates to the discussion of protections for employees from religious discrimination in the context of reasonable accommodations and harassment.” The guidance the EEOC provides does not have the force of law, but “is intended to provide clarity to the public on existing requirements under the law and how the Commission will analyze these matters in performing its duties.” Of course, the EEOC investigators will defer to the manual as well in making determinations on whether there is probable cause for discrimination.

Title VII prohibits employers from discriminating against employees or applicants because of their religion. The manual reiterates that religion is broadly defined under Title VII. An individual is protected under Title VII if their religious beliefs, practices, or observances are “sincerely held.” Social, political, or economic philosophies, as well as mere personal preferences, however, are not religious beliefs for purposes of Title VII. Overlap between a religious and political view does not place the belief or practice outside the ambit of Title VII, as long as the view is part of a comprehensive belief system and not simply an isolated teaching. For example, a belief that one should not harm their own body and that the flu vaccine may do more harm than good, without more, was not found to be protected under Title VII.

Some notable revisions to the manual that employers should take note of include the following:

While these revisions are not final and the manual does not have the force of law, employers should consider maintaining written anti-discrimination and anti-harassment policies that take the EEOC guidance into consideration. This may help to minimize the likelihood of claims of religious discrimination as this area of law develops. Additionally, while most human resources professionals and in-house counsel are familiar with the religious accommodation process, employers should provide training to supervisors on what constitutes a religion, how best to engage in the religious accommodation process, and how to prevent and stop religious discrimination in the workplace.

Of course, this is only a primer on the information contained in the proposed manual and you should consult with an experienced attorney with any questions. We here at FGMC are happy to guide you through the intricacies and help you determine whether you have a religious discrimination issue. Please feel free to contact any one of our knowledgeable employment attorneys for more information. 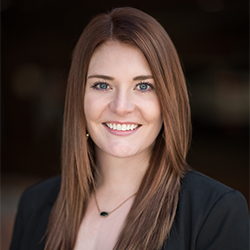