A few weeks ago, the Colorado Supreme Court reversed a Court of Appeals decision that deprived our client of the $1.6 million judgment we secured for him at trial. This is monumental for a few reasons. We, of course, are thrilled that the Supreme Court’s opinion brings our client closer to getting the money he richly deserves. But the case’s significance also reaches far beyond our client. The Supreme Court adopted the test we proposed for evaluating when a Good Samaritan may recover money damages for injuries suffered while helping those placed in harm’s way by another’s negligence. In other words, the law in Colorado has developed in a particular way because of our work. Moreover, this result illustrates the importance of having a multi-faceted law firm like FGMC with you from the start of your case through the final stages of appeal. Below, we explain why—and how—we retooled our legal strategy for the various audiences that litigants face in the trial courts, Court of Appeals, and Supreme Court. Each of these courts serves a different function in our judicial system and requires skilled lawyers to shift focus as the case moves from one to the other.

Trial Court
Trial litigation largely focuses on choosing the right legal theory based on existing law, and convincing a jury that the facts favor your position under that theory. Our case involved a taxicab passenger assaulting both the cab driver and the Good Samaritan who helped him. The passenger began beating the driver over a dispute about the fare and our client, who was nearby, came to the driver’s aid and pleaded with the passenger to stop. The driver escaped as a result, but the violent passenger turned his rage toward our client, beating him, hijacking the cab, and running him over. On behalf of our client, FGMC trial attorneys Danny Foster and former FGMC attorney Laura Martinez sued the cab company under several negligence theories, including that the cab company’s failure to protect its driver from passenger assaults created the need for our client to come to the driver’s aid and, therefore, also created liability to our client. This is a rarely-used legal theory known as “the rescue doctrine,” which has not been used in Colorado in decades. And on that theory Mr. Foster and Ms. Martinez persuaded the jury to award our client $1.6 million in damages. The cab company appealed.

Court of Appeals
Appeals are not a “second bite at the apple.” Appellate courts do not conduct new trials or reweigh the evidence. The Court of Appeals is the first stop for appellate review in most cases and is considered a “court of error.” This generally means it corrects legal errors committed by the trial judge but rarely addresses any factual issues. The Court of Appeals is also cautious about extending or expanding the law in new ways. Rather, it reviews written briefs, hears an oral presentation from both sides, and decides the appeal based on existing legal precedent. It also has no discretion as to the cases it reviews; if a party files an appeal within the prescribed time limit, the Court of Appeals must review it. Cases are decided by a panel of three appellate judges and the attorneys must demonstrate that the trial judge made a specific, often technical, legal error requiring reversal.

In our case, the cab company raised several issues on appeal, including that it owed no duty to protect strangers and Good Samaritans from criminals, and that our client did not qualify as a “rescuer” because he only spoke to the violent passenger but took no other physical action to stop the assault. FGMC appellate attorney Chip Schoneberger focused the appeal on the rescue doctrine, arguing the degree of physical action involved is irrelevant because our client’s efforts did, in fact, help the driver escape. Because no Colorado courts had previously dealt with the issue, the Court of Appeals looked to cases from other states involving attempted rescues from drowning, car wrecks, and fires. Seeing a pattern of physical action in those cases, the Court of Appeals ruled that speaking to the attacker wasn’t enough of an intervention to qualify as a “rescue” attempt. FGMC sought review by the Colorado Supreme Court.

Colorado Supreme Court
The Colorado Supreme Court is considered a “policy-making court.” This means that as our state’s highest court, it determines not only what the law is based on legal precedent, but also what the law should be. The Supreme Court chooses which cases to review, uses that discretion to and picks only the cases it considers important to developing the law. For this reason, persuading the Supreme Court to take a case is the first, and often most difficult, task. To convince the Supreme Court to take our case, FGMC’s appellate attorneys again shifted the focus – away from our client’s specific conduct and toward the rule of law suggested by the intermediate appellate court’s decision. We argued defining “rescuer” by the degree of physical action involved is too restrictive and would create undesirable results in society by encouraging riskier conduct or discouraging rescue attempts all together. The Supreme Court took the case and ultimately agreed that the proper test is the one FGMC proposed. From now on, courts will evaluate whether a person qualifies as a rescuer by applying FGMC’s three-pronged test, which asks whether the person: (1) intended to aid or rescue a person whom (s)he, (2) reasonably believed was in imminent peril, and (3) acted in such a way that could have reasonably succeeded or did succeed in preventing or alleviating such peril. After adopting this test, the Supreme Court then determined our client indeed qualified as a rescuer and reversed the intermediate appellate court’s decision.

Success in any court requires an attorney who knows his/her audience and how to craft a strategy specifically tailored to the unique (and often limited) role each court plays in our judicial system. FGMC is proud to offer our clients top-notch litigation services at every level—from trial through each stage of appellate review. Having both trial and appellate specialists ensures we have the talent to secure a significant verdict, and to protect it on appeal. 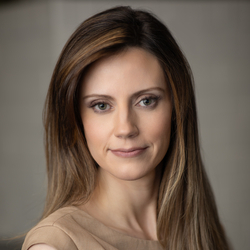 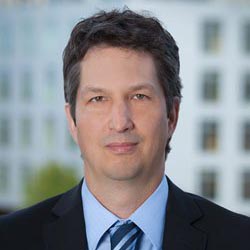