When Your Teenager Breaks the Law 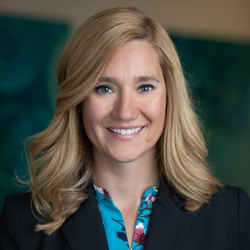 Remember the days when parents were able to march their aberrant teen back to whomever they offended and make them apologize and pay for their misdeeds?  Today, this action, parents holding their child accountable, can lead to serious criminal charges. So, what is a parent to do?

I’ve always loved working with teenagers.  As a high school math teacher, a volunteer with Learn Your Rights in Colorado, as juvenile defense attorney at the Public Defender’s Office and now at FGMC.  I’ve seen teenagers make the most wonderful, empowered decisions and almost simultaneously do knucklehead teenage things – like taking a t-shirt from a department store, getting into a fight at school, entering a building without permission, or drinking in public.  These actions might land them in juvenile detention or pending criminal charges, facing a criminal record, possible incarceration, and derailed future plans.

More often than not, my well-meaning teen clients and their parents cooperate fully with the police – at the promise of law enforcement to “go easy on them” or “put in a good word for them.”  But with that cooperation, the family provided the most damaging evidence against the child and sealed the certainty of a conviction.

In Colorado, police are allowed to lie during questioning – they can represent to a juvenile and their parent/guardian that they have evidence they do not in fact have, they can offer leniency they do not have the power to offer, or make a promise to let them go home when they will actually be going to the detention center.  I’ve seen interviewing detectives tell client their “DNA is all over the crime scene” when in reality DNA will take months to process or similar with fingerprints. Parents and children must understand when communicating with police that the goal of the police is to gather evidence, not help your child.

What is parent to do when you want to hold your child accountable for their actions yet not contribute to a criminal investigation that might derail the child’s future?

Always assert the right to remain silent.  You do not know what information the officer/detective is looking to gather and techniques they might use to get it.  Everyone is required under Colorado law to provide their full name and birthday when asked by police. Beyond that, if a police officer or detective wants to talk, politely say no and request an attorney.  If you simply decline to answer questions, the police can keep pushing and asking. Once you invoke the right to an attorney, the police must stop questioning. If making a statement is beneficial or necessary, it may be done later with an attorney present.

Beyond asserting the right to remain silent with law enforcement, it is important for parents and children to know there is no “parent-child privilege” unless statements are made in the presence of an attorney, physician, or clergy.  If a child confesses a crime to a parent, the parent becomes a witness and could be used in the prosecution’s case against the child. In my practice, I have had a parent called to testify against a 15-year-old client and it is heart wrenching.

Good parenting is protective and holds children accountable and it is a delicate balance.  With juveniles being charged for activities that previously would have been chalked up to “kids being kids,” parents may want talk to their children about how to interact with police, legal consequences, and keep imposing those homemade consequences – like weeding the yard, doing community service, taking phones away, etc.