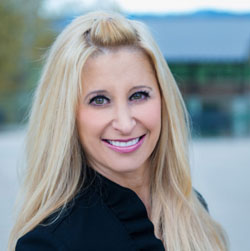 It is hard to turn on the television set these days without seeing another terrible story related to sexual harassment or sexual assault. Some of the alleged behaviors, like Harvey Weinstein’s, appear to be common knowledge amongst those in the industry. Others, like Matt Lauer, shock us because we believe him to be the wholesome, fatherly-like figure who greets us every morning with the news. But, with each new day, there is yet another story about a well-known man whose actions are alleged to have been either morally or legally wrong.

As the shockwaves reverberate through our sensationalized news media programs, all of whom are looking to break the next earth-shattering story over the air waves, the criminal defense lawyer in me is conflicted. As a woman in a professional environment, I suppose I am a very small part of the #MeToo movement. I have had a judge call me “sweetheart” as I was arguing a complex piece of litigation in this state’s district courts. I have had a witness comment on my appearance from the witness stand in the middle of a jury trial in front of a packed courtroom. There was even an occasion years ago when a male client – after hearing a lengthy presentation of mine said – “You’re pretty smart, for being a girl.” I have had fellow professionals – friendly and adversary – presume that my abilities as a woman are less than that of a male colleague simply because I do not have a “Y” chromosome. I have been grabbed and groped in bars and elsewhere. So, yes. I suppose, on some small scale, #MeToo.

In this social climate of #MeToo, I am asked all of the time: How do I do what I do? How do I defend those who are accused of something which, on its face, sounds horrific? Part of the answer is because I have seen what happens when someone is falsely accused of wrongdoing. As often as not, the allegation alone is enough to ruin someone’s life, regardless of whether it was meritorious or not. And when false allegations are made, it undermines the plight of those who are truly victims. Not all men are abusers, and not all women are truth-tellers. I know it’s not popular right now to stand up and say that. But, I think if we are being honest with ourselves, most of us know that to be true. Merely saying that something happened does not necessarily make it so. I have seen the lives of young men and women, with futures full of promise, forever altered because someone said something happened without much more in the way of evidence. I have seen men and women alike abuse the legal system by falsely accusing others to advance their own personal agendas. More frequently, though, I find myself in cases with sexual assault allegations where I believe both people are telling their truth. An alleged victim claims that she didn’t want the sexual encounter, and a man absolutely tells his truth that every single thing she did indicated she was consensually part of the encounter. I think the reality is that life is not always black and white, but rather various shades of gray. So much of our view of life depends upon whose story we hear first. Think about it. If a woman comes to you and says she was the victim at the hands of a powerful man, it is compelling and heart-wrenching and you feel terrible for her. On the other hand, your incredible, law abiding son (or the male cornerstone of your life) is expelled from school or work, foreclosed from pursuing the career of his dreams, on the cover of every newspaper article in your community and is facing a felony charge or charges over an unsubstantiated allegation. If someone came to you and said – “nah, we’re not going to give you a presumption of innocence. We’re going to believe your accuser,” might you want more for your child?

Ultimately, the answer to the question about how do I defend against these kinds of allegations is one that I hope others might understand, which is that I am on a constant quest for due process. I got into criminal law because I believed – and still do – that before a big government could take the fundamental liberties of one of its citizens, that person should have a voice; an advocate. I also have a steadfast confidence in our criminal justice system. Though it isn’t perfect, my experience has taught me that the court process usually works the way it should. It does so because juries of our peers listen to both sides of the story presented, and use little more than the evidence and their own decent common sense to determine a verdict. Juries work because they listen to both compelling sides of a story and weigh that against the law they are provided.

The reality is that few of the cases making headlines right now will see the inside of a courtroom. So, the focus of this national discussion is really a question of the institutional standards this society will tolerate. One may be morally offended by abuse of power in the work place, but that does not necessarily make the behavior criminal. For so many years, it was women who were silenced in the work place – either because they were subordinate to their male counterparts or made to believe they were so. Now, I am concerned that the pendulum is swinging all the way to the other side. Are we eliminating due process for those accused because we are afraid that if we don’t have an immediate or knee jerk reaction, we are somehow condoning the alleged behavior?

There is a debate within the legal community about the “Start by Believing” campaign. The media, victim advocate groups and even the law enforcement communities in large cities like ours want to ensure that victims are not called liars; that we believe their stories because it was so brave and difficult for them to come forward. I agree. As a professional woman, I am so happy to see the silence broken for women who have found themselves marginalized for so many years. And, I think that we can support women’s rights while also requiring due process of our institutions, and frankly, our news media. Those two concepts are not mutually exclusive. The problem is that each of us, as citizens in this great country, are also entitled to the presumption of innocence, at least so far as the criminal justice system is concerned. It is a constitutional right and the bedrock of our criminal justice system. In our workplaces, we as a society, must decide whether we want the presumption of innocence to follow us into our daily lives. Sexual misconduct or the harassment of women at work is not necessarily criminal, but in certain circumstances, a termination of employment can be tantamount to a criminal conviction. It can be a mark on one’s record that will forever preclude them from pursuing a career for which they have spent years working. I hope that we, as a society, allow ourselves to be fairly and thoughtfully analytical as we develop a new climate of tolerance and inclusion in our workplaces and industry. While the standard in the workplace may not be so high as that of a courtroom’s reasonable doubt, let us give people the benefit of the doubt until a thoughtful review of the circumstance requires otherwise. If we do not require that of ourselves, the pendulum of silencing and abusing one another will swing forcefully in the other direction and create its own intolerable circumstance.

This public dialogue about the way in which we treat each other is how a society shapes itself. As we consume the news media and begin to shift the way in which we evaluate tolerable behavior in our daily lives, ask yourself: “If I were on the other side of this accusation, how would I hope to be treated?” The criminal defense lawyer in me submits that most of us would simply want a fair evaluation of the evidence.