Do-s and Don’t-s of a DUI Stop 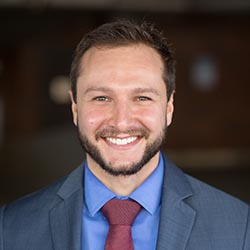 Given the alarming rate at which traffic stops occur, it’s no surprise that pop-culture is replete with references to getting pulled over by the police. It is true that law professors can, and have taught entire classes and published entire books and law review articles solely based on Hip-Hop legend Jay-Z’s break down of the Fourth Amendment implications of a traffic stop. Without going through all 99 problems, I want to take a moment to give you an abbreviated look at the big constitutional moments in a DUI stop.

I have seen countless examples of people doing the exact opposite of what I would advise, however, the motivation to confess all your sins since the second grade is stronger than you think. But, before you say “Gee, Officer Kreopke” let me tell you about the spit wad I sent flying across my second period lecture hall in 7th grade, take a breath – or five. The things you say in the ensuing moments can cause you a great deal of headache and cost. For some of you, it could spell the end of a career or close a lot of professional or education-related doors. First and foremost, DO NOT DRINK AND DRIVE. With the advent of ride apps such As Uber and Lyft, it is easier than ever to pay $20 for a cab ride rather than facing the awful consequences of a DUI or the possibility that you or someone else can get killed or seriously hurt. Plan ahead or call for a ride. Second, we know that most traffic stops begin when the officer observes you violate some minor traffic violation such as a non-working license plate light. Please make sure your lights are all working and your plate is visible. Use turn signals, observe traffic signs, and don’t speed. The best way to get out of a ticket is by not getting pulled over to begin with. Don’t ride dirty and provide a reason to be pulled over.

Please remember you have the right to remain silent. This is a very important right and you should exercise it at any and all times. This right should not only be exercised before launching into a political discussion with your in-laws, but it should always be exercised before engaging in any discussion with law enforcement. Remember: 1) Police officers will rarely ask you questions they don’t know the answers to. 2) You will never win an argument with a police officer. You will only help them build their case against you. 3) Police officers have very difficult jobs, they will always try to take the path of least resistance, don’t make it easier for them to throw you in jail by waiving your rights. 4) You always have the right to refuse searches, questioning, entry, etc. If the police don’t respect your rights, let your lawyer deal with it later. Make your assertion of rights very clear verbally and do not escalate the situation if police persist despite your objections. 5) You should always be respectful to the police. This does not mean that you have to give up all your rights. Respectfully assert your rights. So how do these things apply in the context of a police stop? There are really only a few big moments in every DUI stop and they look something like this:

Once you’ve pulled over, make sure your car is in park and your radio is off. Don’t make any sudden moves that will make the officer nervous or reach for anything. Usually, you will wait in the car for what seems like an eternity. The panic will set in and you’ll begin to think of all the things you could have possibly done wrong, or maybe you know you were speeding. Regardless of what it was you did or think you did, keep it to yourself. The officer will eventually approach your car. Do not argue or attempt to explain. Take the ticket and give us a call. If the officer asks you if you know what you did wrong, or asks you how much you had to drink, or where you were coming from, or any other questions not involving the central issue of handing over your license, insurance, and registration, you should respectfully decline to answer those questions and simply hand over the required documents. The officer will then take your paperwork back to his car and run your information through his computer and air your information to dispatch to check you for any wants or warrants. It is possible at this point, the officer will call for back-up. Do not panic. Often times the presence of additional officers will be enough to subtly coerce a person into foregoing their rights. Do not be that person. Remember that you have rights. Continue to respectfully refuse to give them up.

The officer may then read you what is called “express consent,” the essence of which is basically that by driving on the roads in the State of Colorado you have already consented to chemical testing of your blood or breath if an officer has probable cause to suspect you are under the influence. The officer will then ask whether you wish to perform a blood or a breath test. If the officer suspects the presence of something other than alcohol, you will only be allowed to perform a blood test for obvious reasons. The officer will further advise you that refusal to perform a chemical test will result in the suspension of your driving privilege. This is usually enough to coerce those who haven’t read this article into giving up their rights as well.

Remember that drinking and driving is not illegal. Impaired driving is illegal. The law views those who are impaired “to the slightest degree” as DWAI. The laws are definitely not written in your favor and the line between innocent and guilty is very thin and elusive. Thus, if you have drank or used any amount of drugs at all that day, the smart thing to do is to respectfully decline without further comment. Remember any attempt at explanation or any adlibbing will be used against you in court as an inference of guilt. If you have not had anything to drink or have not taken any drugs (this includes your prescriptions) and your license is valid, you should probably do a blood test as those are a lot easier to challenge in court. However, if you think you might have the slightest level of alcohol or drugs in your blood then you should follow Abe Lincoln’s advice. It went something like: “better to remain silent and be thought of as driving under the influence than to speak out and remove all doubt.” Your lawyer will thank you later. Sometimes when you’ve had some liquid courage, you may think you can do more pull-ups, and dance better than you would if you were sober. Neither the roadside sobriety tests, nor the chemical test of your blood would qualify as feats of strength, even if it is during the “Festivus.” These tests are designed to gather evidence of guilt and DUI suspects rarely evade the next step of becoming DUI arrestees.

Now you and Jay-Z have something in common, because “you ain’t pass the bar but you know a little bit.” The lawyers at FGMC however have passed the bar and know a whole lot about DUI’s. Don’t face the court alone if you do find yourself charged with a DUI. Let us use our knowledge and experience to help represent you as an individual, rather than facing the pitfalls alone, of a criminal justice system that often sees you as just another defendant.

Mikhail is an associate attorney at Foster, Graham, Milstein & Calisher (FGMC). His practice focuses entirely on criminal defense. The law firm of FGMC, located in Cherry Creek, is a full service law firm focusing on: criminal defense, personal injury, real estate, litigation, liquor licensing, construction law, tax/estate planning, bankruptcy and zoning. As Danny Foster always says: This article does not create an attorney-client relationship and is for informational use only (what do you expect from an attorney!)