An Ounce of Prevention Equals a Pound of Cure 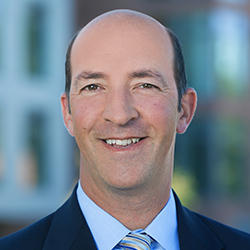 I know it is cliché but there is truth in that statement, both as it relates to life and to business. A dear friend of mine passed away last year unexpectedly. In addition to being a standout father of three, husband and friend, he was a founder and co-owner of a thriving software business. Like most entrepreneurs, he fought hard and spent lots of time and resources to build a great company. The business was just hitting its stride. In fact, the week before he passed, he and his partner (also his brother) were having meetings with potential buyers – they were finally going to realize the fruits of their labor with a fantastic exit! And then, the unthinkable happened. A completely healthy, young man died while working out on a Saturday from a rare, un-diagnosable heart condition.

Now, let’s rewind two years. I am meeting with these two business owners and we are discussing the need for a shareholder’s agreement to cover all the “what ifs.” What if one of you wants to sell someday? What if one of you decides to pursue other opportunities? What if one of you gets divorced? What if one of you decides to move to Tahiti? What if something happened to one of you? And many others. These “what if” discussions aren’t always fun but they are necessary. Following these discussions, they executed a shareholder’s agreement. One of the provisions in the agreement deals with what happens upon death. The agreement provides that the business would purchase the deceased’s shares from the estate based on a pre-determined valuation formula. Now, here’s the important part – these two business owners, with the help of a fantastic risk management professional, decided to purchase key man life insurance policies to provide the funds for any such purchase that might be required. They didn’t stop there either. They also purchased key man insurance policies that would provide the company a benefit in the event something happened to one of the key principals.

There is no way to make sense of my friend’s death. His family, friends and business colleagues are devastated and the damage is undeniable. Nothing will ever “fix” things or make them the way they were. However, the planning that they did and responsibility they took to ensure the continued financial viability of their families and business was of paramount importance.

The family had the comfort of knowing it wasn’t going to have to worry about paying bills, college tuitions, etc. The business was assured that it would have the funds to try to fill the massive void left by the death of a co-founder and the chief architect of the company’s software. While these were obviously minor wins when dealing with such devastation, it was meaningful and will make life just a little easier for those that will miss him most, which is definitely what he would have wanted.

Neither of these business owners ever wanted to have to look at the shareholder’s agreement again because it would likely mean something bad had happened. However, this situation was a brutal reminder of the importance of planning for the worst because it can happen. I hope it never happens to you or anyone you know, but if it did, are you, your family and your business prepared?