Teens and Sexting: What You Need to Know 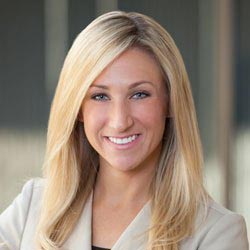 In November of 2015, more than 100 Canyon City High School students were implicated in a socalled “sexting” scandal that sent a jolt through the small town, located about 115 miles south of Denver. Through a series of events, authorities determined that students were exchanging and saving nude photographs of other students on their cell phones using innocent-looking applications known as a “photo vault.” Because the photographs depicted kids under the age of 18, the distribution and possession of the pictures was illegal under Colorado’s child pornography laws. Not only did the students face serious consequences through the school, but also the threat of a serious and large-scale criminal prosecution. The incident caught national media attention –in part because it exposed a growing trend among today’s youth – but moreover, it represented an increasingly prevalent moral and legal conundrum faced by communities all across America: should the criminal justice system treat teenagers who engage in sexting like serious sex offenders? As it turns out, Colorado answers that question in the affirmative.

Colorado is one of 30 states without modern-day sexting laws, which often provide leniency to adolescents as long as the sexting is consensual. Instead, Colorado relies on long-standing child pornography laws that could ultimately put minors on a sex offender registry, amongst other very serious consequences. Sexting in Colorado is controlled by Colorado Revised Statute §18-6-403, “Sexual Exploitation of a Child,” which makes it a felony — our state’s most serious type of criminal offense — to possess or control any sexually exploitative material for any purpose. “Sexually exploitative material” includes photographs or videos that display the breasts, genitals or pubic area of a child under the age of 18. Violation of this law can result in a lengthy prison, jail, or probation sentence, and requires that the convicted person register as a sex offender. Interestingly, a bill to reduce the penalties for sexting amongst teens was defeated during the last legislative session. House Bill 1058 would have made it a Class 2 misdemeanor offense for a juvenile to distribute, display, publish or possess any sexually explicit image of a minor — with an affirmative defense if the juvenile didn’t request the image and took steps to get rid of it. Critics of the bill said it did not go far enough to address the potential for victimization. Thus, sexting between teens remains a very serious crime here in Colorado. What’s more, the law calls into question a parent’s criminal liability for nude images stored on their child’s phone if the parent owns the phone or has some degree of control over it. Thus, it is not just teens who should be concerned.

What happened in Canyon City violated Colorado law. Many of the involved students were suspended from school, and a high school football game was cancelled as a result of the incident. However, after months of deliberation, District Attorney Thom LeDoux declined to prosecute those involved. He stated that while he “does not condone or excuse the behavior of the individuals,” authorities wanted to “avoid the inequities in punishing just those that have come forward, have been identified, or have cooperated with the authorities.” In other words, authorities believed more students may have been involved than were initially implicated. The weight such a large-scale prosecution would have placed on the small jurisdiction was also a factor. LeDoux made it clear that any student found to be in possession of similar photographs moving forward would face criminal penalties.

The decision not to prosecute in Canyon City should not give parents and teens the sense that similar behavior would be treated similarly across the state. To the contrary, criminal prosecution is a probable result here in the metro area. Teens need to understand that while sexting may seem like an innocent part of growing up in a digital era, it falls squarely within the scope of Colorado’s criminal code. With the stakes this high, parents and teens cannot underestimate the potential for serious – even criminal — consequences. If you suspect that your teen has engaged in this type of behavior, please do not hesitate to call one of the experienced criminal defense attorneys at Foster Graham Milstein & Calisher, LLP. We can help you handle any process that may result in significant academic or criminal sanctions. In certain cases, we can help avoid the initiation of these processes altogether.

While we hope you never need our help, we will be here if and when you do. Please contact us to schedule a free consultation to discuss how we may be able to help you with this or any other of your criminal defense needs.