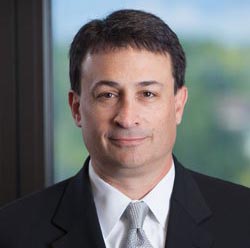 The Tax Relief, Unemployment Insurance Reauthorization and Job Creation Act of 2010 (TRA 2010)1 was passed by the U.S. Congress on December 16, 2010 and signed into law by President Obama on December 17, 2010. TRA 2010 centered on the extension of the Bush-era tax cuts contained in the Economic Growth and Tax Relief Reconciliation Act of 2001 (EGTRRA)2 and the Jobs and Growth Tax Relief Reconciliation Act of 2003.3 In addition to extending the Bush-era tax cuts, TRA 2010 provided practitioners and their wealthy clients a surprise “gift” in the form of a reunified and significantly larger transfer tax credit and lower tax rates. This article examines the potential expiration of these changes and the reversion to pre-EGTRRA law. In particular, the article addresses concerns about whether a recapture (often referred to as a “clawback”) of transfer taxes will occur in the case of decedents dying in years when a lower unified credit may apply.

Because most practitioners are familiar with the transfer tax rollercoaster we have been on in recent years, only a very brief review of some legislative history is provided in this article. On June 7, 2001, President George W. Bush signed EGTRRA into law. This sweeping piece of tax legislation included some significant changes to the federal estate, gift, and generation-skipping transfer (GST) taxes, culminating in the 2010 repeal of the estate tax.4

EGTRRA’s sunset provision is significant because although TRA 2010 extended many of the Bush-era cuts, it did not eliminate the eventual application of this sunset provision. TRA 2010 did not extend the repeal of the estate tax, but instead reunified the estate, gift, and GST tax exclusion amount, increasing it to $5 million while reducing to 35% the maximum transfer tax rate.10

Barring new legislation, the unified credit will decrease for the first time since 1935 as a result of EGTRRA’s sunset. Some practitioners with clients who have taken or intend to take advantage of the current $5 million applicable exclusion amount, but stand to pass away in years in which the unified credit will be lower, fear that a recapture of transfer taxes will apply at death. The reasons for this fear and a conclusion as to whether it is warranted are examined below.